A 1000 yen bus known for accessing Narita Airport.
It is not directly connected to Ikebukuro.
However, it is recommended that you only have to change once and it is cheap.

▼If time is important! Skyliner recommended

1.There are three choices！ Access Ikebukuro Station from Narita Airport by BUS

1-1.You can go directly to the Ikebukuro area without changing trains

With the “limousine bus”, you can go from Narita Airport to the Ikebukuro area without changing trains.
It also stops at major hotels.
The fare is high.

※As of June 2020, it has been suspended due to coronavirus

▼Check the current situation on the official website
https://www.limousinebus.co.jp/guide/en/timetable/

1-2.Transfer once from Narita Airport to Ikebukuro Station

There are two options.
You can either transfer at JR Osaki Station or at Tokyo Station.

They are operated by Willer, known for “pink bus”.
※As of June 2020, it has been suspended due to coronavirus

▼Check the current situation on the official website
https://willerexpress.com/en/airport-shuttle/narita-shuttle/

From February 2020, the “1000 yen bus” that was leaving everywhere at Tokyo Station has been unified into a single TYO-NRT.
I will show you TYO-NRT on this artcle.

2.What to do to take TYO-NRT BUS at Narita Airport (Terminal 1)

Here, I will share the case of Terminal 1.
Other terminals will need to follow the same procedure.

2-1.Get your ticket at the ticket counter 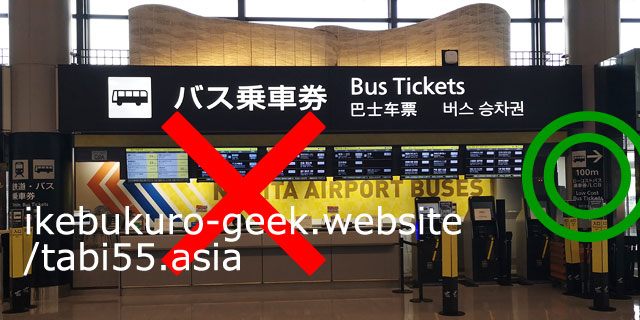 At the exit of Terminal 1 South Wing, you will find a bus ticket office like this.
However, TYO-NRT bus tickets cannot be purchased at this counter.

Take the “Low Cost Bus Tickets” on the right side about 100m. 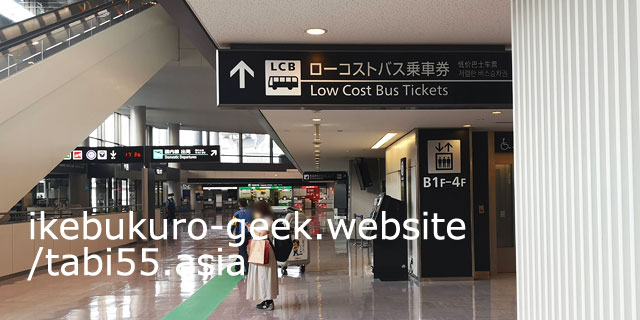 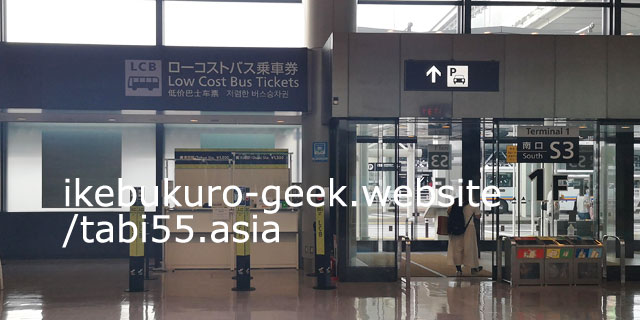 I think the same applies to Terminal 2 and Terminal 3. 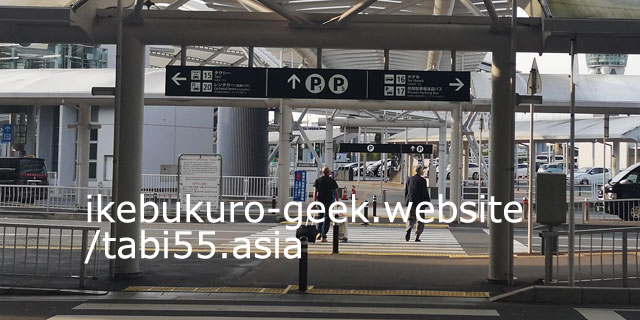 When you exit the S3, you can see the bus terminal, but you can’t see platform 31.

There is no guidance.
Do not worry.
There is a number 31 behind the 13th bus stop. 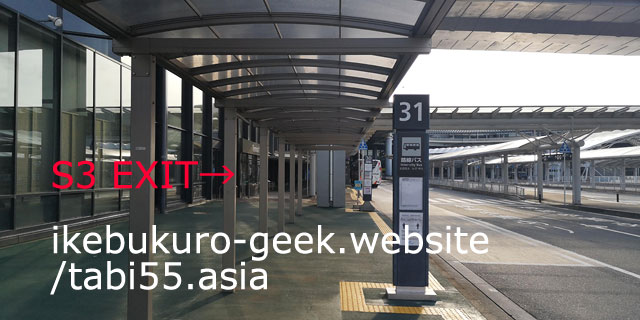 Proceed to the right and you will see platform 31.

※The photo shows the bus stop from No.31 to exit S3.

Please show your bus ticket to the attendant. 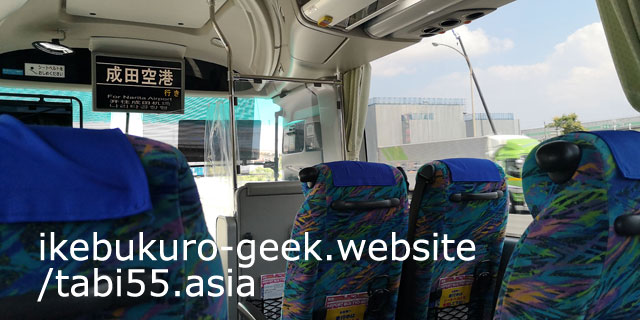 The bus seat looks like this
Four people sit in a row.

The entire bus is non-reserved seating.
Please feel free to sit wherever you like(*￣ー￣*)

3.Transfer to the Yamanote Line at Tokyo Station 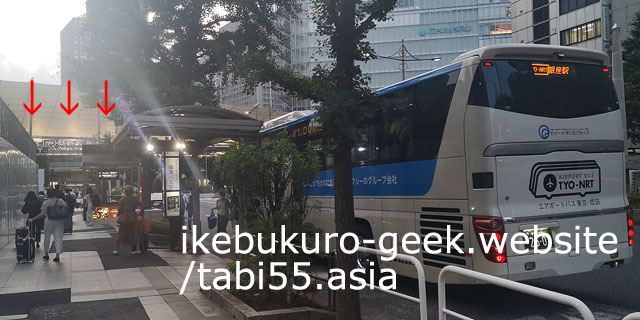 When you reach Tokyo Station, get off the bus.
It’s not the end point, so let’s not delay

Looking at the direction of the bus, you can see JR Tokyo Station. 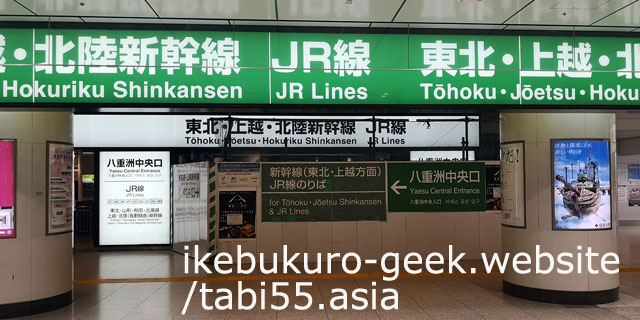 Aim at the Yaesu Central Entrance of Tokyo Station.
※the Yaesu South Entrance cannot be used on the Yamanote Line because it is a Shinkansen(Bullet train) only entrance. 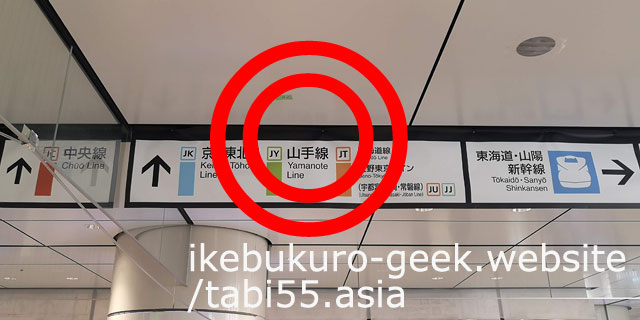 Follow the yellow-green JY sign
Take the train at the platform 4, Ueno&Ikebukuro.
The Yamanote line runs every 5-10 minutes.
You don’t have to worry about time.

4.Arriving at Ikebukuro Station（JY13） on the Yamanote Line 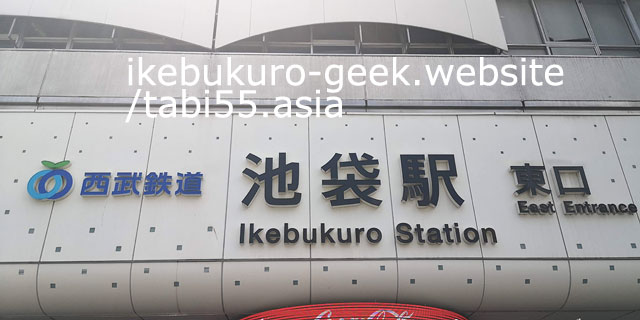 It takes about 25 minutes to reach Ikebukuro Station（JY13）.
Welcome to my hometown Ikebukuroヽ(￣▼￣*)ノ

5.It’s easy to make a mistake, so be careful!

5-1.Why I recommend the Yamanote line over the Marunouchi line 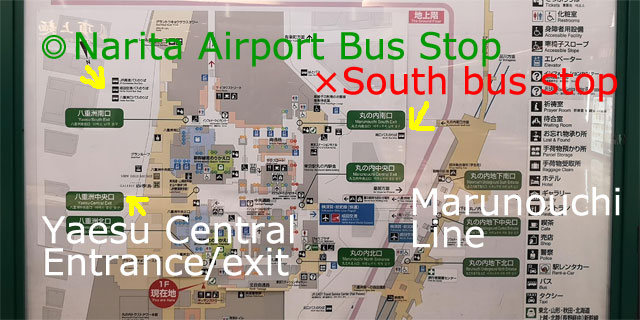 It’s ture.
But Bus stop from Narita airport is near JR Yamanote line.
Tokyo station is very big station.
Navigation from bus stop to Marunouchi line is not friendly .

While looking for Marunouchi line,you may take 10 minutes …
So I think JR Yamanote line is better choice(￣▽+￣*)

6.To catch a bus bound for Narita Airport at Tokyo Station

6-1.Take the Yamanote Line and exit from the Yaesu Central Exit

There are only two things to be aware of when going from Ikebukuro Station to Narita Airport by bus via Tokyo Station. 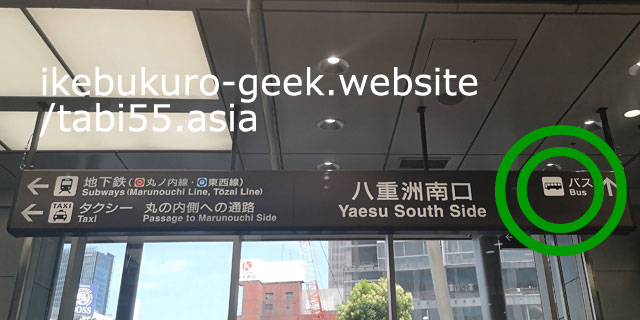 After exiting the ticket gate and proceeding to the right, you will see the sign “Yaesu south side”.
Can you see the bus mark? 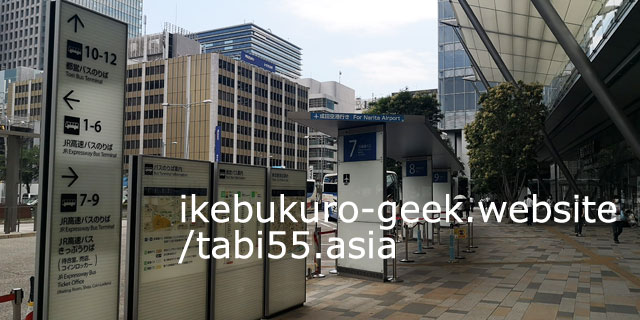 From the Yaesu South Exit, bus stops line up on the right side.
Gate 7 is the bus stop for Narita Airport.

The reservation method and riding method are fluid due to the coronavirus.
Please check on the official website.
*Information as of June 30, 2020

6-2.If you go to Tokyo Station from Ikebukuro Station on the Marunouchi Line… 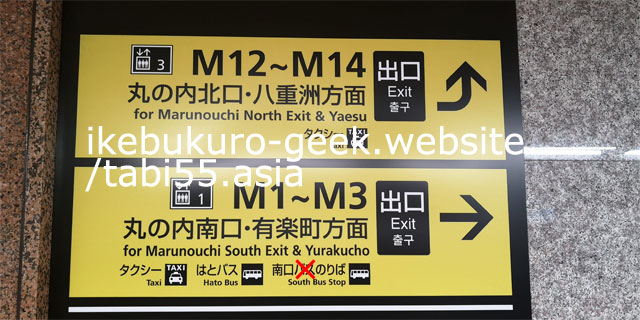 If you go to Tokyo Station from Ikebukuro Station on the Marunouchi Line, finding a bus stop is difficult.

Guidance to the bus stop for Narita Airport is by no means friendly.

In August 2022, the LCB (low cost bus) departing from and arriving at the west exit of Ikebukuro Station started operati...

How to get from Narita Airport to Ikebukuro Station Train Or Bus Number of transfers Required time Price...
Sponsored links
Must to see at Hatoyama Hall!Rose,Stained glass …
Tokiwaso Manga Museum(Toshima City,Tokyo,Japan)Origin of Japanese Manga