The modernization of Japan began in the Meiji era.
During this period, Western technology was introduced into architecture.
While Japanese people accept Western architecture, they retain the goodness of Japanese architecture.
Such Japanese-Western eclectic is interesting. 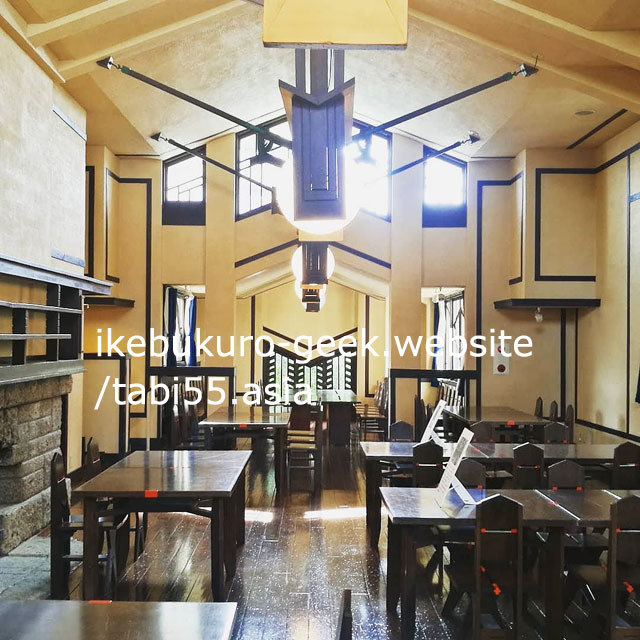 Jiyugakuen Myounichikan was designed by the architects Frank Lloyd Wright, who worked on the Imperial Hotel.
Not only the architecture, but also the collaboration with seasonal flowers such as cherry blossoms and roses. 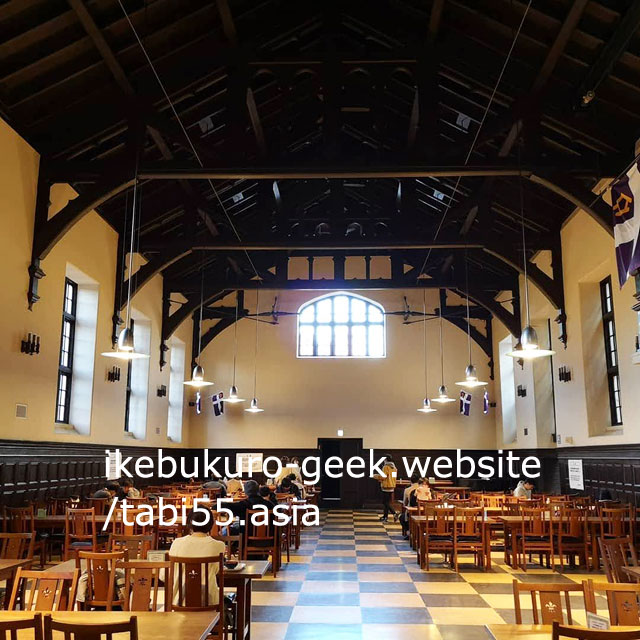 I’ll show you the mossy beautiful student cafeteria in Japan.

It is Rikkyo University Main Dining Hall .
The chair was engraved with the logo of Rikkyo University.
The menu is a general school meal menu
Regular menus are available in English.
Look at the numbers and buy a meal ticket.

Although it is a university facility, it can be used by non-students. 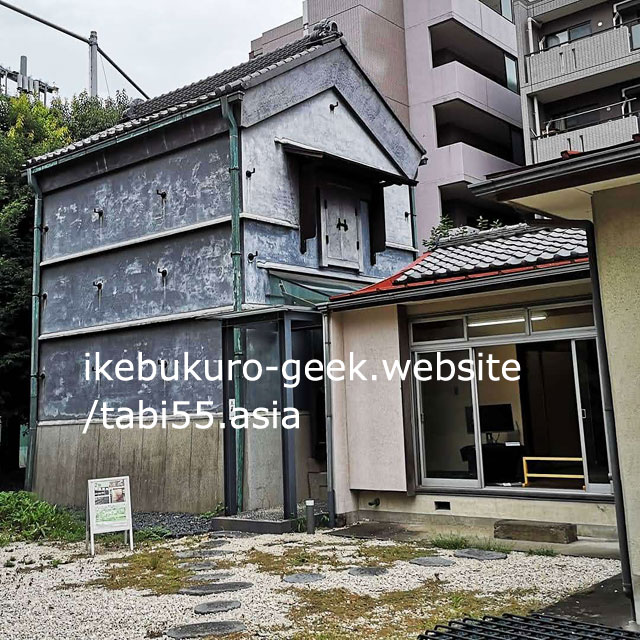 Ranpo Edogawa, known for his Bungo Stray Dogs, was a real person and a mystery writer.
The old house where Ranpo, who moved many times, lived last is open to the public.

You can come across pictures of real Ranpo that are completely different from the anime characters. 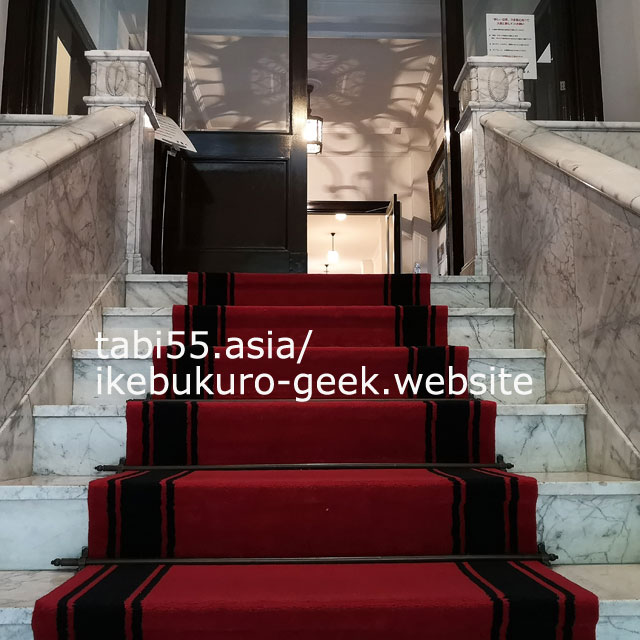 The Hatoyama family, who have made great contributions to Japanese modern politics and education.
The Western-style building where the Hatoyama family have lived for four generations has been restored and is open to the public. 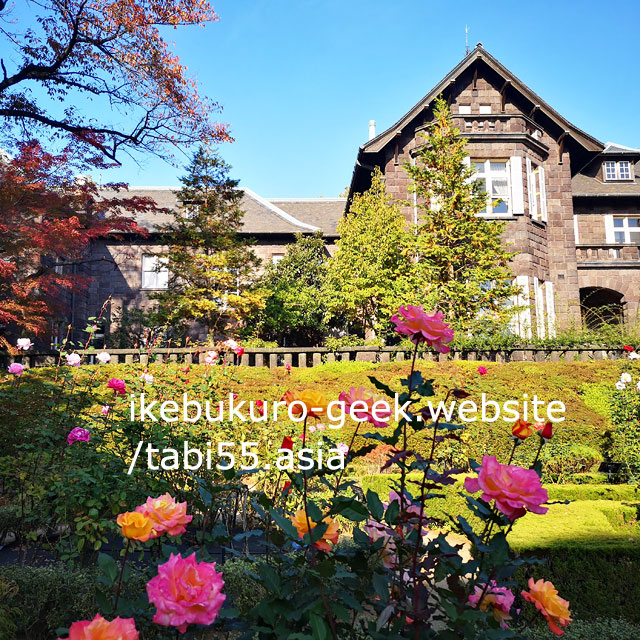 The Kyu-Furukawa Gardens , known for its Western-style building designed by Josiah Conder.

In fact, there are Japanese-style rooms in the Western-style building.
If you apply in advance, you can join the tour.

From the end of November to the beginning of December, you can enjoy the Autumn leaves with the Rosegarden.
The cherry blossom season is also beautiful.

There is also a Japanese garden, so let’s enjoy a mix of Japanese and Western styles. 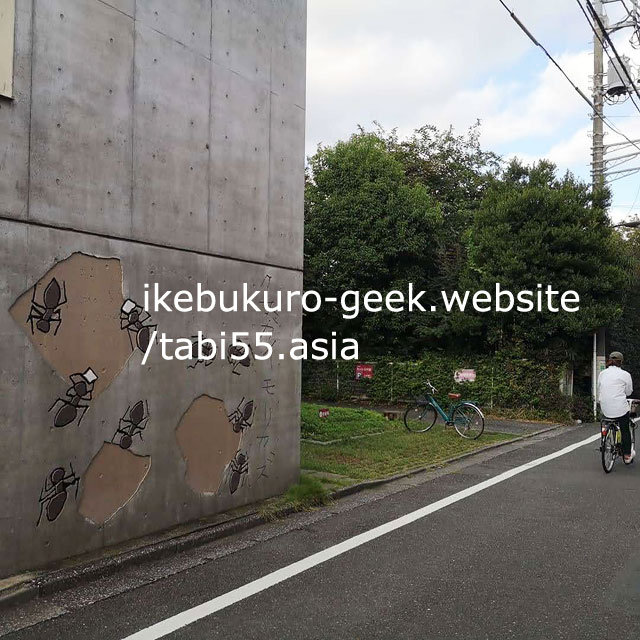 Morikazu Kumagai is an artist called “Hermit of the Painter”.
The site of the old residence became an art museum and became Toshima Ward from 2007.
Let’s enjoy a simple work composed of lines and planes. 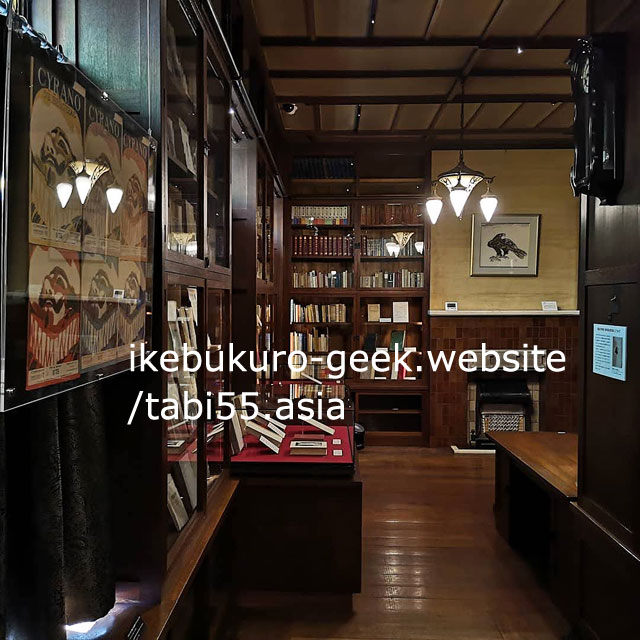 The former home of French literature researcher Shintaro Suzuki has been renovated and opened to the public by Toshima Ward, which was donated by the bereaved family. 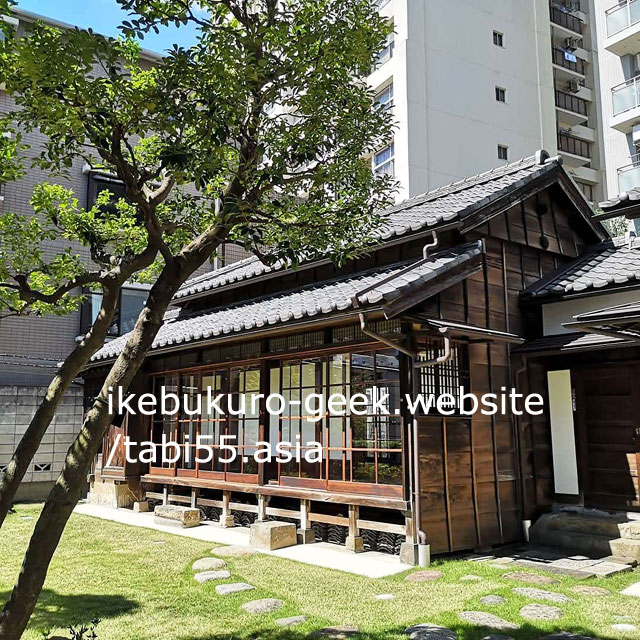 You can enjoy the study that survived the war and the relocated Japanese-style architecture.

3.【MAP】Historical Architecture in or near Ikebukuro

Must to see at Hatoyama Hall!Rose,Stained glass …

1.Basic Information about Hatoyama Hall The Hatoyama family, who have made great contributions to Japanese modern pol...

Ikebukuro is called "bukuro" by locals. The pronunciation of "bukuro" is similar to that of "FUKURO". The "FUKURO" m...

Manga and anime are the representative cultures of Japan. The origin was the wooden two-story apartment called "Tokiwa-...

I'll share a Japanese garden that you can go within 30 minutes by foot, bus or train from Ikebukuro. 1.Japanese Garde...