Home
Culture
Shrines and Temples to VISIT in or near Ikebukuro【13select】Tokyo ,Japan

In Japan, shrines and temples are sacred places and sanctuaries.
However, there are the following differences

Since it is a sanctuary, visit with respect(￣^￣)ゞ 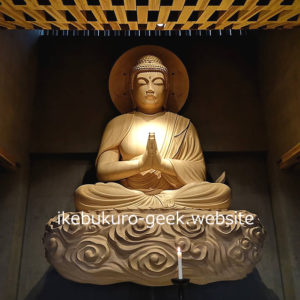 Temple in a building near Minami-Ikebukuro Park: Sengyoji On the 1st floor, Ikebukuro Daibutsu is enshrined.
While floating in the air, it watches over the land of Ikebukuro.
Surprised to see a large Buddha statue near Ikebukuro Station(￣口￣∥) 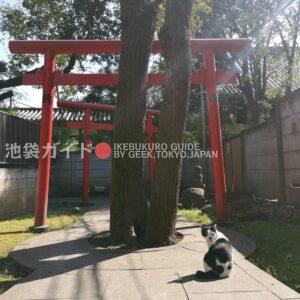 A shrine located in an alley around the cemetery on Azuma-dori, five minutes from the east exit of Ikebukuro Station.

It is lined with red torii gates, long and narrow, like beds for eels.
There is a small hill in the back, and a tree that looks like a sacred tree is enshrined. 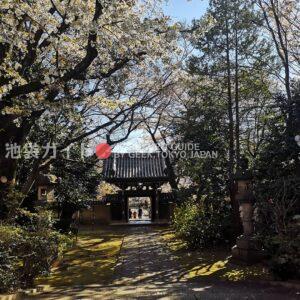 If you go further inside the Ikosan Inari-do above, you will come to Ikosan Homyoji Temple.
During the cherry blossom season, stalls are lined up and it is lively (due to the corona crisis, it was voluntarily refrained)
The flowers and trees of the four seasons are beautiful. 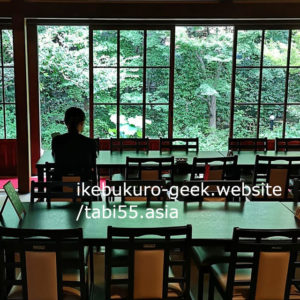 Shounji Temple is located almost in Kanamecho.
Occasionally they host a cafe or bar.
Let’s enjoy coffee and alcohol in a quiet space while looking at the autumn leaves and fresh green of the garden. 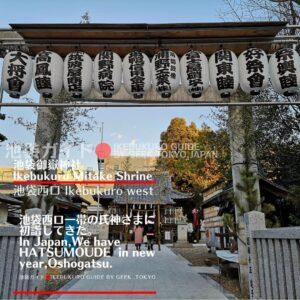 Ikebukuro Mitake Shrine, the guardian deity of the Ikebukuro West Exit area.
There is also an Inari shrine with red torii gates.
Many owls are enshrined in the precincts, and owls are also featured on the goshuin. 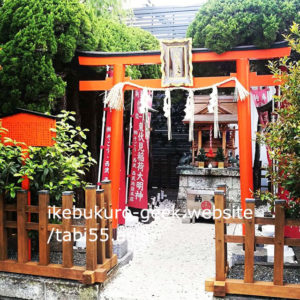 On the 9th floor of the Seibu Ikebukuro Main Store, in the depths of Monet’s Pond (water lily garden) in the aerial garden of food and greenery, Inari Shrine is enshrined, where Inari Okami, the god of bountiful harvests and prosperous business, is enshrined.
It’s the closest shrine from Ikebukuro Station, so let’s put our hands together. 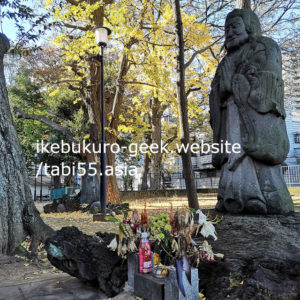 Kariteimo, who was a tyrant, became a devotee of Shakyamuni Buddha and vowed to become a goddess of safe childbirth and child rearing, becoming Kishimojin and being revered by the people.
It’s not displayed well on the net, but that’s why there’s no “oni” horn in “Kishimojin”. 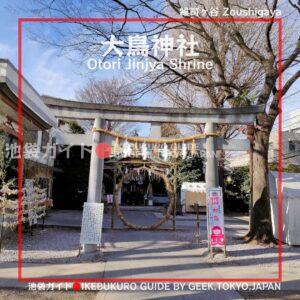 Zoshigaya Otori Shrine, which is also the venue for the handicraft market.
The stamp of “Toden Shrine Circuit” is stamped on the goshuin.
Get a sense of the season with the special goshuin stamps that are distributed from time to time.

2.【4】shrines and temples to visit by bus from Ikebukuro

It is a bit far to walk, so I recommend visiting by bicycle, LOOP, or bus. 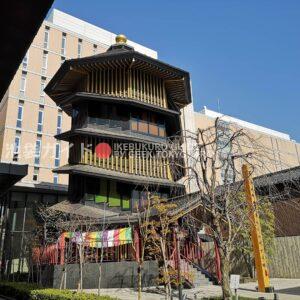 Sazaedo, Sugamo Ohdai Kannon-do, built in 2013 at Taisho University in Sugamo.
The corridor inside the temple has a double helix structure in which the outward and return paths do not intersect.

It is said that if you climb the “stairs of enlightenment” with a section of the Heart Sutra written in Sanskrit on the side, you will get the same merit as chanting the Heart Sutra.
Hiroshi Senju’s “Waterfall” is painted behind Ohdai Kannon and on the lower wall, so it is also recommended for Senju fans. 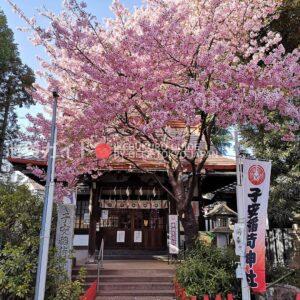 A child-rearing shrine located in a residential area of Kami-Ikebukuro.
A hidden spot for Kawazu cherry blossoms.
A limited goshuin is awarded each month. 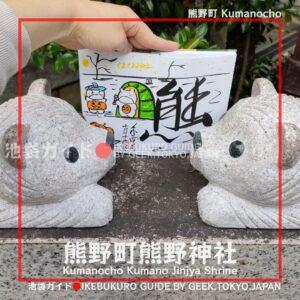 Commonly known as “Kumakuma Shrine” at Kumano Junction, the intersection of National Route 254 (Kawagoe Kaido) and Metropolitan Route 317 (Yamate Dori).
“Kuma” is Japanese for the animal bear.
The goshuin comes with a bear instead of an owl.
It has a unique worldview. 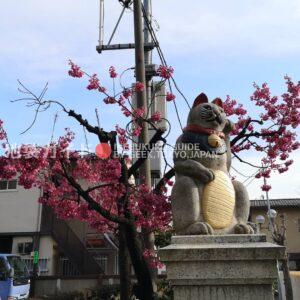 From Ikebukuro, take a bus or walk from Higashi-Nagasaki Station on the Seibu Ikebukuro Line.
The cat Jizo standing at the entrance is a landmark, and in the Jizo Hall, a secret Buddha “Neko Jizo” is enshrined, and it seems that it will be unveiled at the Setsubun festival on February 3rd.

Rare cherry blossoms such as Kawazuzakura and Gyoiko are worth seeing.

3.Shrines and temples that can be reached by subway from Ikebukuro 【1】 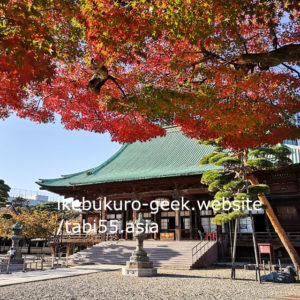 Gokokuji Temple has beautiful trees and flowers that change with the seasons.
At the bottom of the stairs, there is a fujizuka “Otowa Fuji”, which can be climbed at any time.
We recommend climbing Mt.Fuji as you visit the temple.

4.【4】shrines and temples accessible by train from Ikebukuro 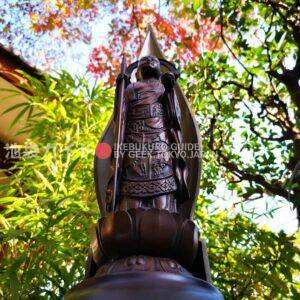 One stop from Ikebukuro Station on the Seibu Ikebukuro Line, at the north exit of Shiinamachi Station, there is a manga Jizo at Kongo-in Temple.
It faces the direction of Tokiwa-so, the mecca of manga.
There is a cafe called “Akamon Terrace Nayuta”.
While gazing out at the garden, enjoy temple meals made mainly of vegetables and seasonal sweets. 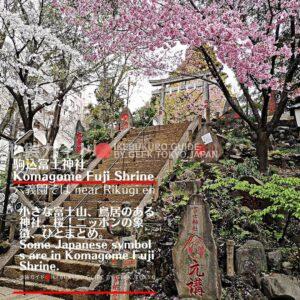 A shrine with a Fujizuka “Komagome Fuji” near Rikugien.
From the end of June to the beginning of July, when the mountain season opens, night stalls open and the area is bustling with people.
Beautiful when the cherry blossoms bloom 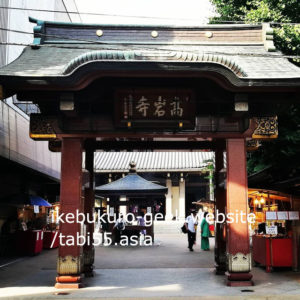 It is located in Grandma’s Harajuku, Sugamo Jizo-dori Shopping Street, and is affectionately known as “Togenuki Jizo-son.”
At Arai Kannon, wash your bad parts and eat happiness dumplings. 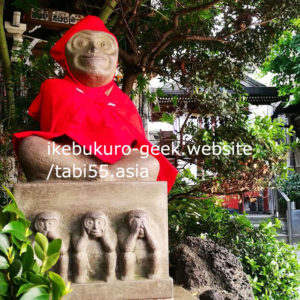 A small shrine located at the entrance to Jizo-dori Shopping Street from Koshinzuka Station on the Toden Arakawa Line (Sakura Tram).
A stone statue of a monkey is humorous.

【MAP】Shrines and temples in the Ikebukuro area

▼How to Collect Unique Goshuin in Ikebukuro ,Tokyo

How to Collect Unique Goshuin in Ikebukuro ,Tokyo
In Ikebukuro (Tokyo), there are temples and shrines that give out unique goshuin. It is also a good idea to bring a gos...

When it comes to anime and manga, many people think of Akihabara. However, Ikebukuro is home to the world's largest ani...

1.Basic Information about kishimojin Temple "Kishimojin" is enshrined as a bodhisattva without horns. Kshimoji w...

I'll share a Japanese garden that you can go within 30 minutes by foot, bus or train from Ikebukuro. 1.Japanese Garde...
Sponsored links
Ikebukuro Tantanmen Ramen（Dandan noodles）Spicy【9shops】Tokyo
Cherry Blossoms（Sakura）【12Spots】 near Ikebukuro（Tokyo,Japan）