In Japan, hydrangea is a flower that signals the arrival of the rainy season.
hydrangea was called AJISAI.
It will bloom in late May and will be in full bloom in June.
You can enjoy the color of the flower, which gradually becomes darker.

1-1.Hydrangeas with Chimney of a garbage incinerator on Seibu Ikebukuro Department Rooftop 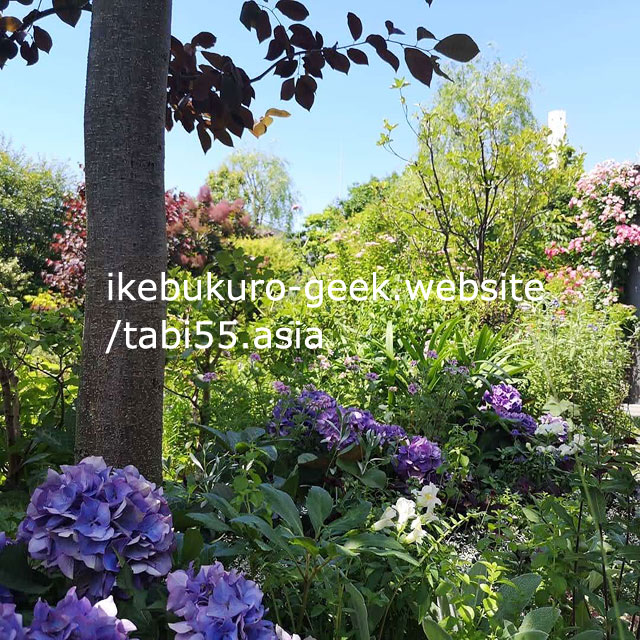 Directly connected to Ikebukuro station! You can see the hydrangea at the Seibu Ikebukuro roof garden.
Monet’s water lily pond and Japanese bridge appear on the rooftop of Seibu Ikebukuro.
I’m not sure hydrangea bloom in Giverny’s garden.
It was probably not in France at that time, along with the chimney of a garbage incinerator. 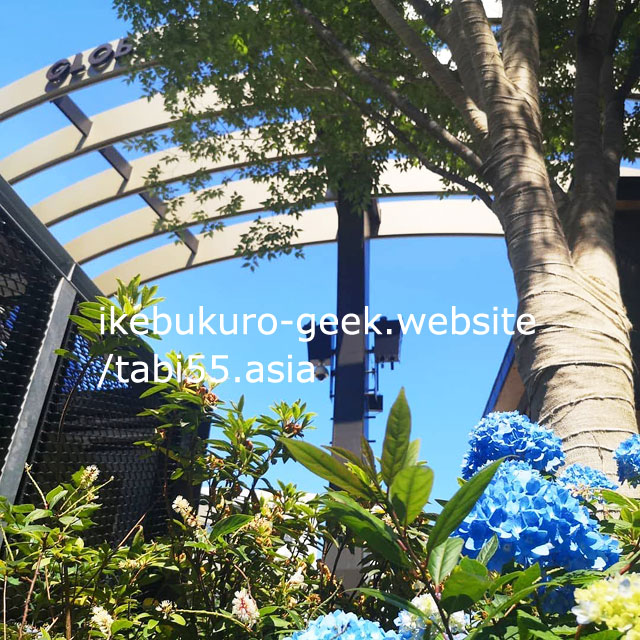 Hydrangeas are in full bloom around Ikebukuro Nishiguchi Park(Ikebukuro West Gate Park), which is a 3-minute walk from Ikebukuro West Exit.
Let’s enjoy a commemorative photo with various objects. 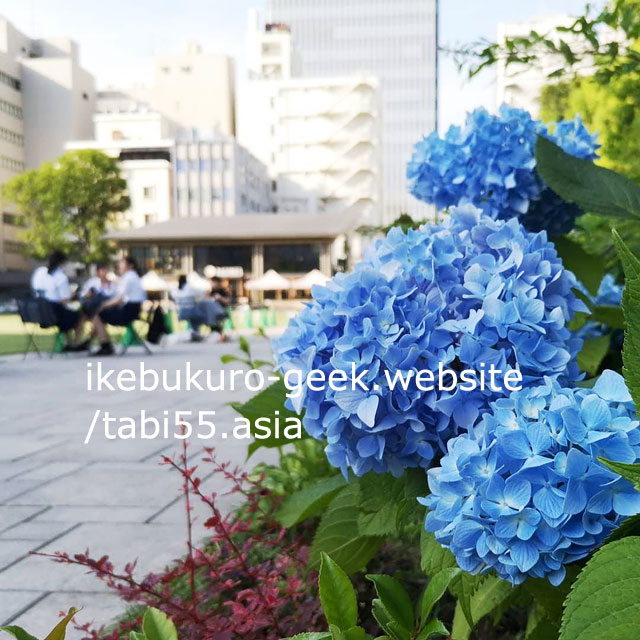 Hydrangea is also found in Minami Ikebukuro Park, which is a 5-minute walk from the east exit of Ikebukuro Station.
There is a fashionable cafe, so it’s convenient. 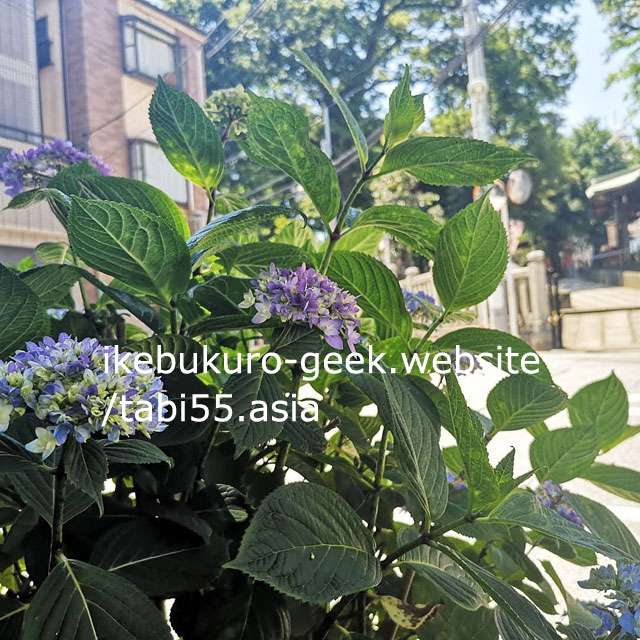 Not in kishimojindo but out of Kkishimojin-do temple .
There is a demon without horns.

▼Four season in Kishimojin do

2.Hydrangea that can be seen within 30 minutes from Ikebukuro Station

2-1.You can enjoy Ajisai with various trains at Asukayama Park 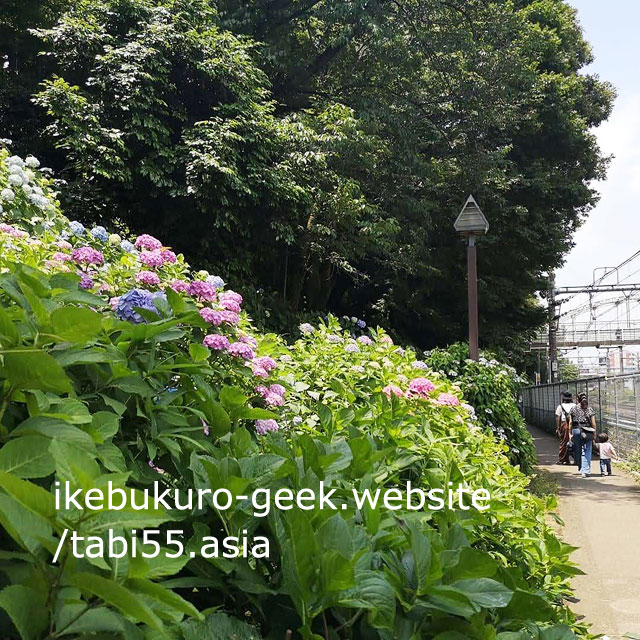 You can go Asukayama Park in 16 minutes from JR Ikebukuro Station (JR Yamanote Line + Sakura Tram) At the shortest.
Both ends of the path are hydrangea and railroad tracks.
You can shoot various trains and hydrangea together. 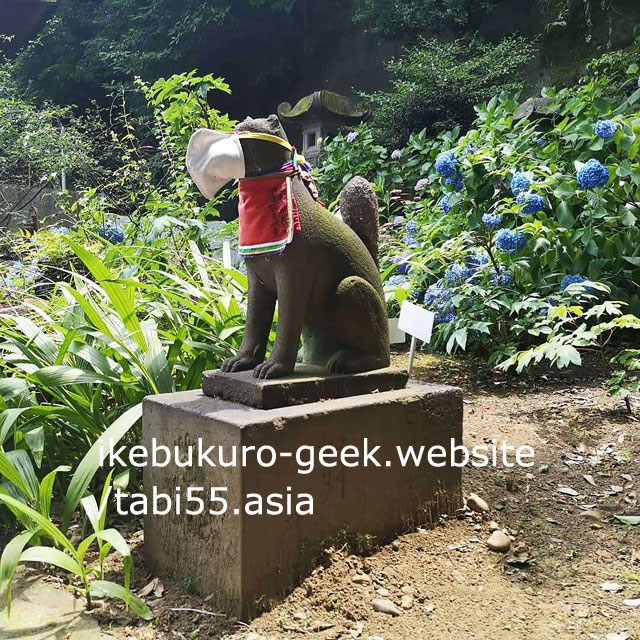 Visit the shrine and watch the hydrangea.
I recommend visiting with Asukayama Park above

2-3.Hydrangeas with SakuraTram at Otsuka Station 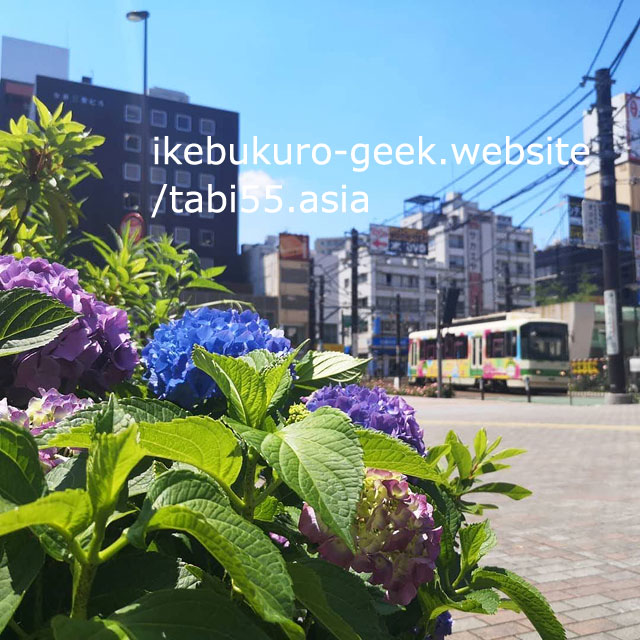 Not only hydrangea but also fresh green is beautiful. 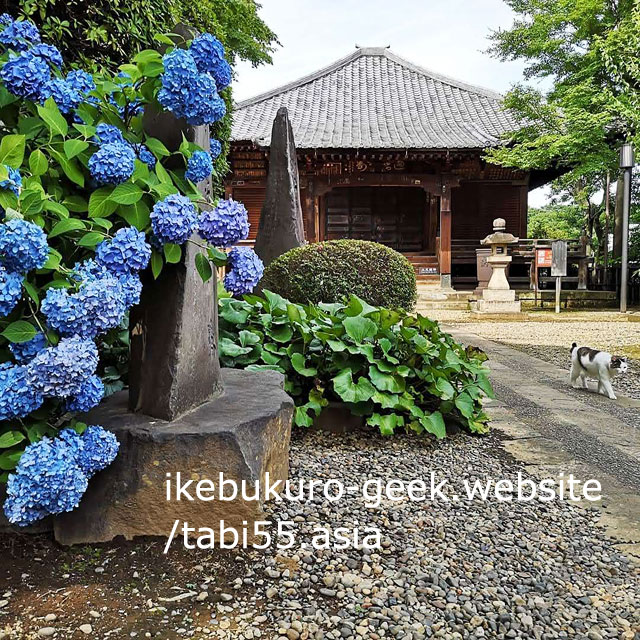 Ajisai at Gokokuji near Gokokuji Station 2stops from Ikebukuro station with Straycat …
You can climb Mt.Fuji here. 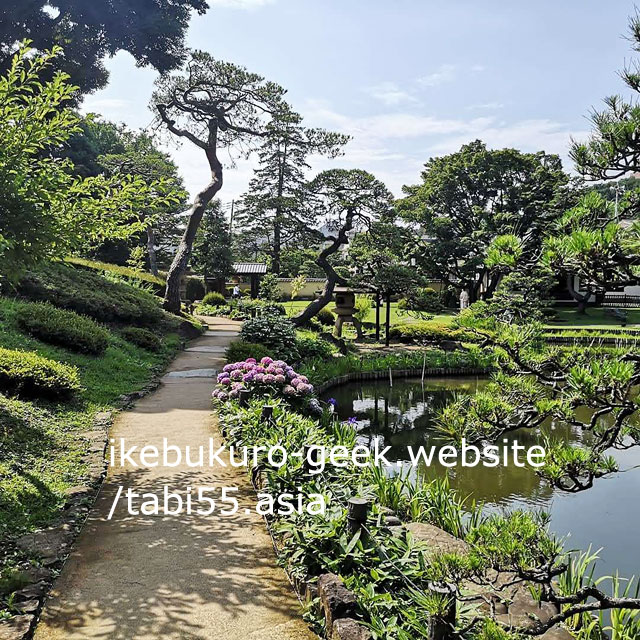 Higo Hosokawa Garden is a pond strolling garden that makes use of geographical features of Mejirodai.
Not only Hydrangea but fresh green is also beautiful. 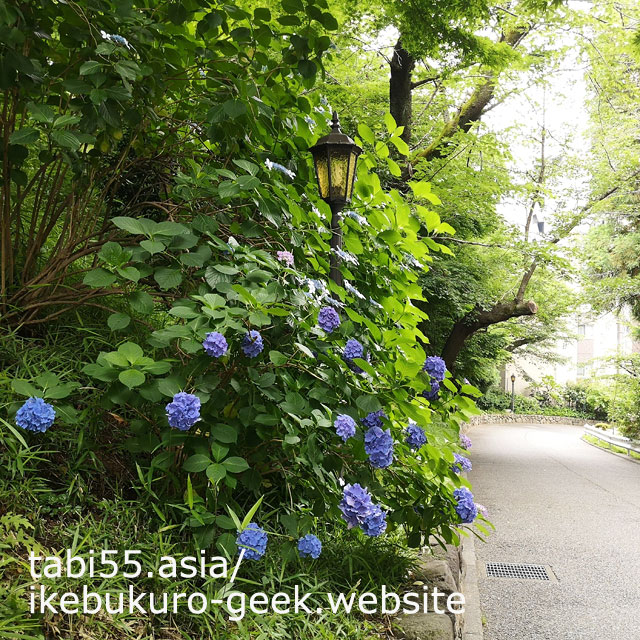 The Hatoyama family has made great contributions to Japanese politics and education.
They have lived for four generations, have been restored, and are open to the public.

The cold and long winters are over and the end of March is when it gets warmer in Tokyo, Japan. Cherry blossoms tell th...

Cluster Amaryllis(Red Spider Lily) in or near Ikebukuro

I will share the Cluster Amaryllis(Red Spider Lily) in or near my hometown Ikebukuro Cluster amaryllis can be seen fro...

The cold and long winters are over and the end of March is when it gets warmer in Tokyo, Japan. Cherry blossoms tell th...
Sponsored links
Ikebukuro Ramen Others【2shops】
Around Tokiwa-so Manga Museum(Tokyo,Japan)
Sponsored links