Spaghetti Napolitan is a Japanese pasta dish, not an Italian or Naples dish.
There is a dish called “Spaghetti alla Napoletana” with a similar name, but it is completely different.

Typically the dish consists of spaghetti, tomato ketchup or a tomato-based sauce, onion, button mushrooms, green peppers, sausage or bacon.
Because it is sweeter, it is recommended for children ,too.

1.Inside or directly connected to Ikebukuro Station! Neapolitan recommended 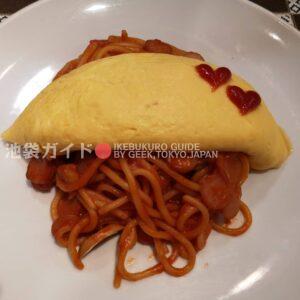 The chef draws a heart with ketchup, which makes my heart beat a little (￣m￣*）
The thick chewy noodles and sausage grabbed my stomach. 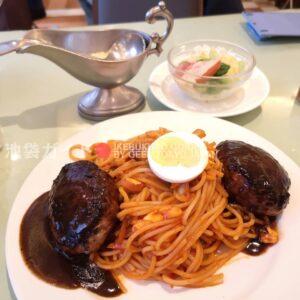 At the restaurant on the 3rd floor of the Takase Building in front of the east exit of Ikebukuro, you can eat nostalgic Yoshoku(Western food).

Of course, Neapolitan too.
The official name of this menu is Spaghetti Hamburg.
You can eat Neapolitan and hamburg steak, two major stars of the Western food world, in one place.
There is also a normal Neapolitan. 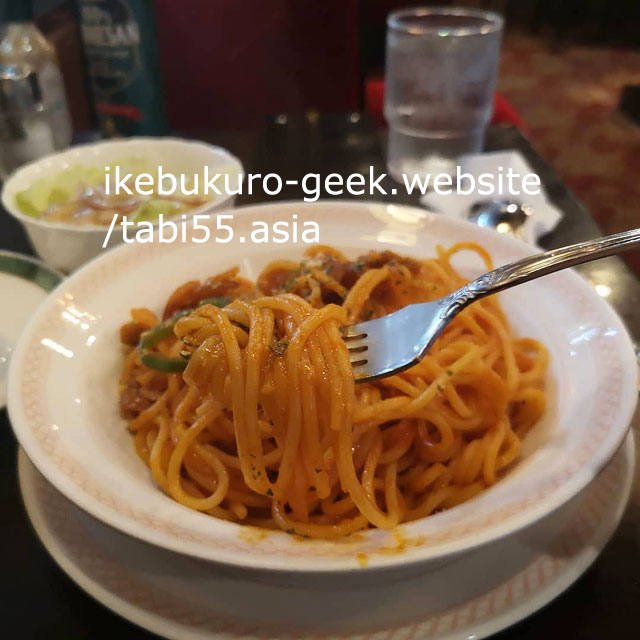 I had spaghetti napolitan at coffee hakushaku .
It is a coffee shop known for its retro and gorgeousness interior.

“Kobe Pasta” is located in the restaurant area on the 7th floor of the LABI1 LIFE SELECT Ikebukuro store.
“Old-fashioned Neapolitan with plenty of wieners” has plenty of octopus wieners on it.
The face was also written properly, and my heart became hot. 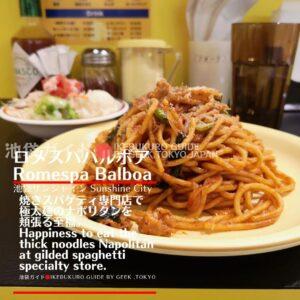 Romespa Balboa is a grilled spaghetti specialty restaurant in Sunshine City.
I feel like I can get along with people who say spaghetti rather than pasta.

The ingredients are a little different, and apart from onions, Komatsuna and pork are included. 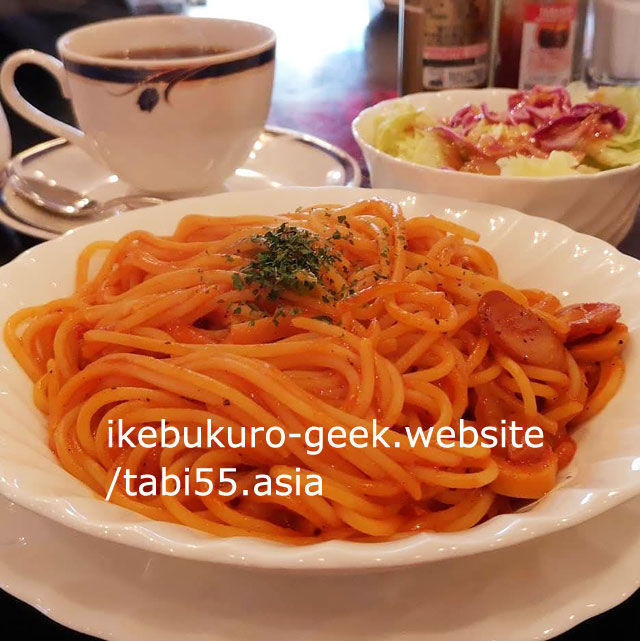 The menu is only available in English.
There is no French.
Do not miss how to open the automatic door at the entrance

What To Eat in IKEBUKURO Station,Tokyo,Japan

"I want to have a quick meal at Ikebukuro station" I will share the shops at Ikebukuro Station that are recommended for...

Aburasoba,Mazesoba means No soup Ramen . Mix the sauce on the bottom of the bowl with the noodles and ingredients. 1...

Here is a ramen that has been seasoned with Miso, a seasoning widely used in Japan. Miso is fermented soybean paste. ...

I will share a unique ramen restaurant that does not fit in the usual categories. 1.Mendokoro Ippaku／麺処いっぱく ...

Sushi is vinegared rice topped with a raw fish. Sushi can be served in several variations. The Most popular sushi is ...